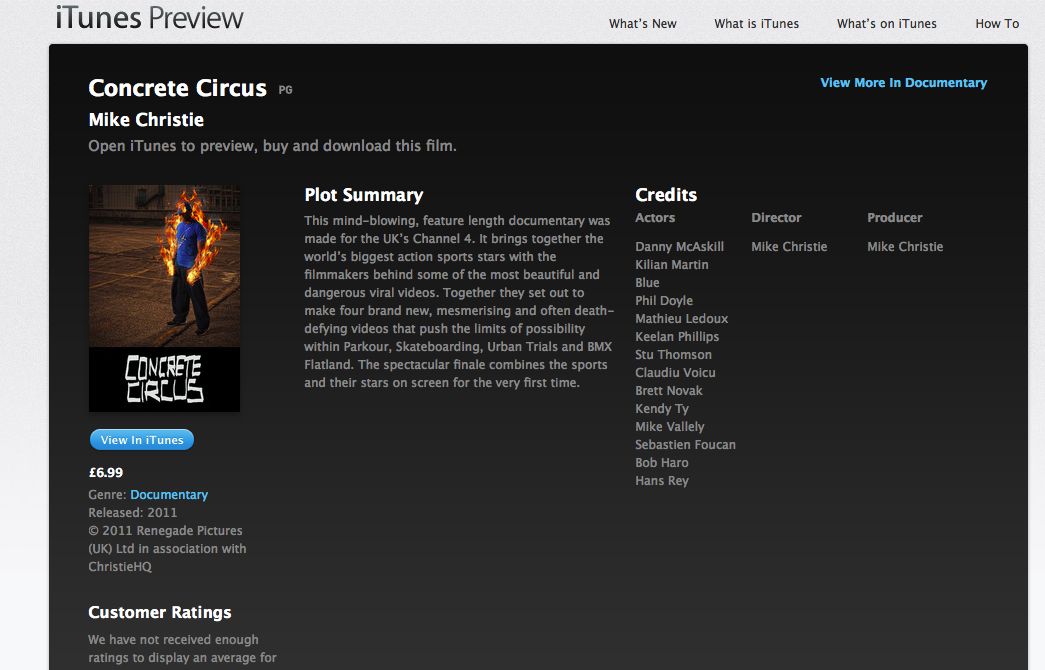 We’re pleased to announce that Concrete Circus is being released online for purchase and rental from January 30th.

Initially it will be available in the UK and CANADA, via iTunes, Xbox, Google (YouTube and Android) and also – in the UK – Blinkbox. In February, it will also be released via PlayStation. Download To Own will cost a mere £6.99 (SD) …